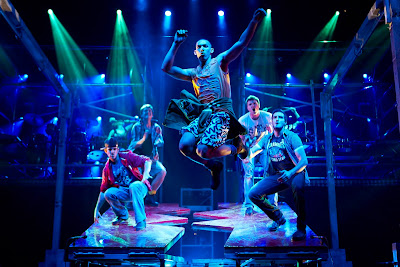 Australia’s most successful theatrical export, Dein Perry’s TAP DOGS, has started its limited run in South Africa with rave reviews. Due to exceptional demand, additional weekend dates have been added to Johannesburg on 14th, 15th and 16th September at Montecasino.

The global dance sensation has appeared in over 330 cities, and 37 countries and 12 million people have now been dazzled by the energy and imagination of these unique performers.

Dein Perry’s TAP DOGS continues to take the world by storm and it set to tap, beat and dance its way through 2018 and 2019.  Now it’s South Africa’s turn to experience the award-winning show that has been described as "Part theatre, part dance, part rock concert and part construction site!”  BBC UK.

Dein Perry’s TAP DOGS features high-energy dance, theatrical performance and live music performed by a cast of six dancers and two musicians who will bring the steel works to life in a fast paced, unstoppable spectacular that is the perfect show for anyone from 8-80. 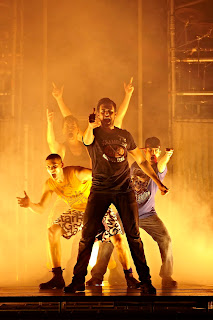 The winner of over 15 international awards including an Olivier Award (UK), an Obie Award (New York) and a Pegasus Award (Spoleto Festival in Italy), Dein Perry’s TAP DOGS is a 75-minute show combining the strength and power of workmen with the precision and talent of tap dancing.  Whether they are in water, upside-down or jumping through scaffolding, the “Tap Dogs” have been performing to the beat of their own drum since their world premiere at the Sydney Theatre Festival in January 1995.  Success quickly followed with seasons in London, New York, Tokyo, Paris, Berlin and many other cities.  A worldwide television audience of over 3.4 billion saw 1,000 Tap Dogs performing in the Opening Ceremony of the 2000 Sydney Olympics.