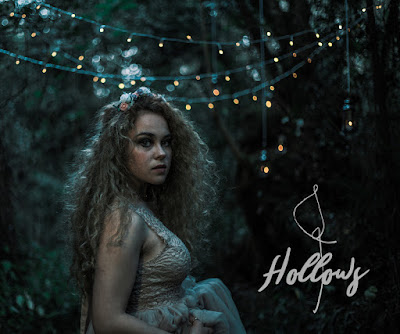 There’s something mysterious about the young and timorous Lily Hollows. She is often afraid to disturb others and tip-toes around like a magical fairy, leaving a feeling of mysticism in her wake.

Wanting to capture this essence, the Johannesburg-based singer songwriter ventured into the Sabie woodlands to shoot the video for her new single ‘Don’t Look Back’.

The song is a follow-up to her highly successful debut release Daddy I’m Gone; this single a little more mature and serious in tone and delivery. At face value, the song appears an ordinary love story between a boy and girl and their interactions, but the song itself has a much deeper meaning.

The song was penned when she was only 16-years-old (now 19), the beautiful songstress is already wise beyond her years.

“I wrote the song because I believe that as people, we are our own harshest critics. We need to be patient with ourselves and realize that we're doing the best we can. It's about self-love, reflection and inner growth,” she continues.

A common theme in her songs, Hollows always strives to create music that is relatable and loaded with raw emotion. A fresh face in the industry, Lily’s neo-soul vocals offer a unique sound that’s engaging and memorable.

Lily Hollows once again teamed up with newbie videographer Petri Schoeman, bringing to life her idea of an enchanted forest.

She recalls how the song first came to fruition, describing the nostalgic moment: “My 16-year old self was sitting at my piano, playing around with some chords. I hummed a melody, but I didn't know what the song was about yet. It sounded different. I remember how focused I was on trying to find the deeper meaning behind these chords, because they sounded so simplistic, yet filled with a certain richness. It was only until my best friend told me to write what I hear that things rolled into action. I closed my eyes and this enchanted forest unfolded in my mind. I was inspired by what I heard; I saw a girl running in a magical forest, entranced by her surroundings, whether it was the sunrise or the mystical trees.”