Jeri Silverman Drops Her Latest Single, “Fall For This” And Writes Note To Self: Don’t Get Burned 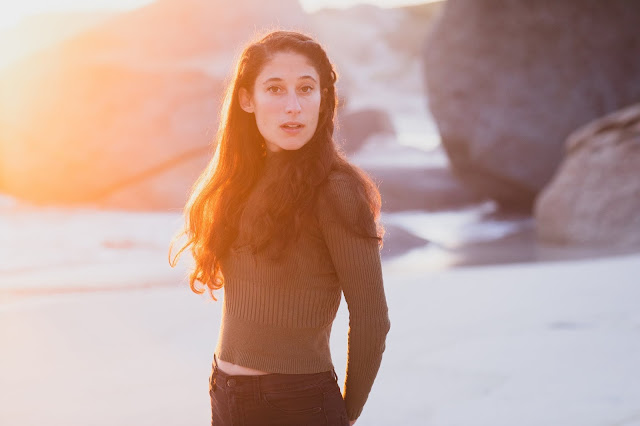 “Fall For This,” the new single from ambient indie folk artist Jeri Silverman, grips an emotional tug of war with shaky hands. Hands burned from being in a toxic relationship, yet still holding on. Echoing chambers of synth linger in the background of a vividly haunting wave of electric guitar, weaving slowly around each other as Silverman’s deep vocals piece together the splinters of love’s past. “Fall For This” is out now across all digital platforms.

“Fall For This” was written as a warning 'note-to-self' amid a fiery romance - the kind you know you need to leave but can't. It bathes in the cold waters of heartbreak but floats just high enough above the surface to not sink completely. Gentle in tempo, the single slowly creeps its way around the layers of tension that hover amidst a destructive relationship. Sharp, crisp drums cut that tension with each beat while Silverman calls out to her inner self, begging to not go back into the burning building. “Fall For This” oozes with sultry hesitation and sways between the crossroads where love is both traumatic and irresistible.

Jeri’s music is darkly self-reflective folk-pop that’s both moving and uplifting. The South African-born singer developed her visceral writing style amidst the hustle of living in New York City, writing deep into the heart of sleepless nights.

Her “bright surfaces and conflicted interiors” (Bernard Zuel, Fairfax Media) stirs listeners into the heart of their own longing and fears. She has played Garden State Festival in Cape Town with Laura Burhenn (The Mynabirds), Kyp Malone (TV on the Radio) and Dave Depper (Death Cab for Cutie). Her first two records, Leaflike (2014) and Dear Life (2018), received wide critical acclaim, national airplay across the US and South Africa, and iTunes playlisting. Recorded during a visit back to New York City with the producer of her previous album, Katie Buchanan, her two upcoming singles, “Come Undone” and “Fall For This” are out for release in 2019.
Jeri Silverman