The big rock festival of love at Die Dam 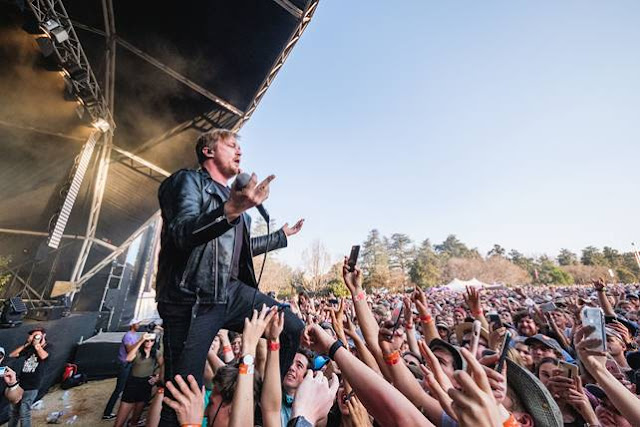 The popular annual Liefde by die Dam concert at Emmarentia Dam in Johannesburg, is now also becoming a regular event on the Western Cape Festival Calendar. Liefde by die Dam, named after Valiant Swart's famous hit song with the same name, strives to serve as a platform to showcase the best local music. The program features music for young and old, which makes it an ideal day out with your family or friends. The concert takes place 16 November.

The artists on the line- up have exciting things in the pipeline. We checked in with some of them to hear what people can expect from their set Liefde by die Dam and how they feel about spreading some good Liefde- vibes: Loki Rothman will be releasing a new album later this year. “I usually play solo, but I will be performing with a band at the concert. This is a new direction for my music and show. I cant`t wait!” Karlien van Jaarsveld and Die Heuwels Fantasties will also be performing some of their new tracks. Majozi is looking forward to be back on the Liefde stage: “People can expect to sing along to all my favorite songs with me. Let`s have a good time! Be kind, put other people before yourself and think before you speak. I always like using this quote from Quincy Jones: “Never be a better musician than you are a person.” Arno Carstens will mostly be performing songs from his award-winning album “DieAandblom13”, as well as some other familiar tunes. This is his first show at Liefde by die Dam. When asked about how to spread a bit more love? Carstens answers: “Focus on the feelings of others, dig deep and Smile!”

The popular comedian Schalk Bezuidenhout will be the MC for the day. His take on how to spread more joy is: “REPLY to your Whatsapps! Whether it is your girlfriend or your mother, it is just plain rude to leave people with two blue ticks and a broken heart.”

A concert with a phenomenal line up that also aims to pay some love forward. The Liefde by die Dam event has teamed up with Liefde Wen https://liefdewen.co.za/ for the past three years to collect blankets for the less privileged after the concerts. Bring your own picnic blanket and leave it behind at the end of the day. The Liefde Wen team will make sure that the blankets find new homes where needed.”

Pierre Greeff (Die Heuwels Fantasties), one of the organisers of the event, says: “Our recent concert at Emmarentia Dam was attended by 12 000 people. What a vibe! And everything ran smoothly on the day. Meerendal with the beautiful winelands and mountains as backdrop is the perfect venue for our Cape Town show. This year there will be more space and an efficient bar. Come and join us for a lekker party!”

For your day out at the dam there will be a delicious range of South Africa’s best artisan food traders. You can also bring your own picnic baskets.